The Mexican village that got itself talking

The Mexican village of Talea de Castro has long been ignored by Mexico’s mobile phone companies as too remote to put on their networks, but as the BBC’s Will Grant reports, they have responded by building their own. 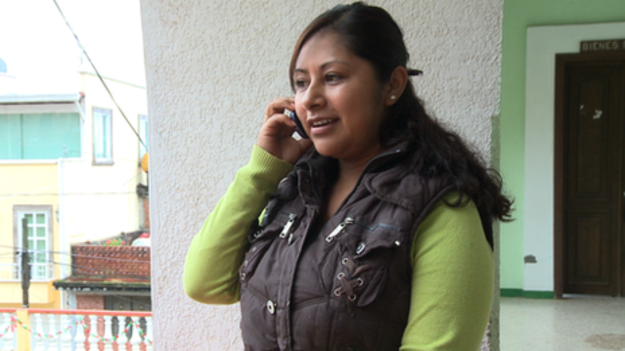 Mexican billionaire Carlos Slim, the richest man in the world, has a lot of customers.

In Latin America, Carlos Slim’s telecommunications giant, America Movil, has around 262 million subscribers, and in Mexico alone handles more than 70% of the country’s mobile phone users.

But the residents of the tiny coffee-producing village of Talea de Castro are not among them.

For years, the locals have asked the main networks in Mexico to install a mobile phone antenna in the village.

They kept getting the same answer: it was not worth sending an engineer into the remote mountains of Oaxaca for fewer than 10,000 customers.

The phone companies “were asking things of us that were virtually impossible in a small community like this”, remembers Wilfrido Martinez, the secretary of Talea’s municipal council.

In particular, they wanted electricity lines and a new road built to the site where the antenna would be erected, involving significant cost and red tape for the local people.

Faced with such intransigence from big business, the 2,500 villagers of Talea decided to do something revolutionary. They launched a mobile phone network of their own.

Phones to the rescue

“We held an assembly which the whole village attended,” says Mr Martinez. “The people from the community radio network had information about a telephone system we could install ourselves.

Using technology from a US-based company and expertise from a non-profit organisation called Rhizomatica, the villagers installed an antenna on the roof of a strategically placed private residence to provide maximum coverage to Talea.

The Talea Cellular Network was born.

Calls and texts within the village are free and calls to areas outside are significantly cheaper than they would be using the big telecom companies.

“The charges are really low,” remarks Mr Martinez. “I called family members in the United States and for a five-minute call, I only spent around $0.30 (£0.18). That’s about ten times cheaper than using a land line.” 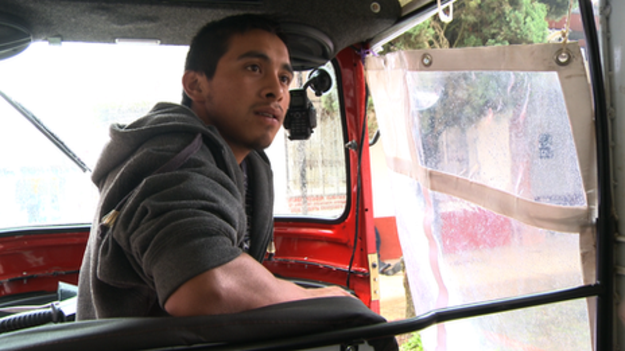 Others have even managed to boost their income by carrying a phone. “It’s more practical,” says taxi driver Ruben Marcial.

“Previously we had to just drive around the streets looking for work.”

But it is not just in their pockets that people are feeling the benefits.

When newcomers arrive in the village, they automatically receive a message telling them to go to the local radio station to register their phone.

There they will meet Keyla Ramirez, who sums up the advantages in one word: “Communication. From the very start, that was our principle objective as a collective,” she explains.

“Sometimes there might be an accident in the fields and, before, people couldn’t let anyone know.

“They’d be cut off if the river was high or if they’d been bitten by a snake and couldn’t make it back to the village. Now they can call their families and they’ll come and help them.”

Arriving in Talea in the middle of Mexico’s rainy season, it was clear such problems are common. The village was part of the region lashed by Hurricane Manuel last month.

Amid the downpours, the villagers were making improvements to the network. Since its initial launch, calls have been restricted to just five minutes to avoid saturating the system’s capacity.

So the locals have installed a more permanent antenna on top of a specially built phone mast to provide more lines and wider coverage. 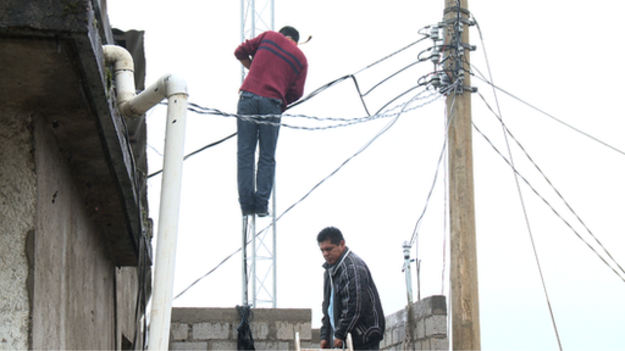 As the neighbours pitched in to help, it was another sign of the strong community spirit driving the project. But some foreign expertise was needed to get the idea off the ground.

“If you look around the world there are some 700 million people without access to cellular telephony,” says Peter Bloom of Rhizomatica. “That mainly has to do with them living in remote areas or areas that are difficult to access.

“In the case of Mexico, the large providers don’t see the Mexican countryside as being a viable option in terms of economics.”

He understands that might make sense for Carlos Slim’s corporation, but adds: “We see other options. We use new technology, we try to take advantage of local structures and local capacity in order to provide equipment and services at a much lower cost.”

It is a model which is certainly appreciated in the tight-knit community of Talea.

Though Mr Slim can afford to live without the villagers as customers, he may regret his company’s refusal to grant them an antenna.

Talea is slowly becoming an example for other remote indigenous villages in Mexico and Central America.

“In Mexico we have a saying: ‘don’t ask to be breastfed!'” laughs local radio presenter, Keyla Ramirez. “We have the satisfaction of no longer having to ask them: ‘Please, come and install a service for which we’re going to pay you’.”

“This equipment belongs to the whole community. Now we can be autonomous, self-sufficient and self-reliant without having to ask to be breastfed by anyone!”