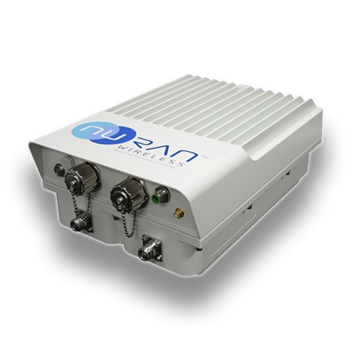 The GSM Litecell is the world’s most affordable, lowest power consumption, and easiest to deploy GSM base station

*Based on statistics where the second TRX could be off when not needed, specifically overnight.

The GSM LiteCell 1.5 is uncontestably the world’s most affordable, lowest power consumption, and easiest to deploy GSM base station. Specifically designed to reach the next billion mobile subscribers, NuRAN’s GSM  base station (LiteCell) opens a whole new world of possibilities for connecting low density, low income, and remote populations.

So far, remote and sparsely populated locations could not benefit from mobile coverage, as projected revenues from the smaller subscriber bases could not justify the deployment and operation costs inherent to traditional equipment. This reality now belongs to the past, as NuRAN Wireless’ GSM base station (GSM LiteCell) makes it possible to build sites at very low cost, and where only minimal or no infrastructure at all exists. Operators now have the possibility to extend their network coverage and reach these subscribers in a viable way.

The GSM LiteCell is a hand-carried, tower-mounted base station. It does not require any machinery to install, nor any kind of shelter to protect it. Antennas connect directly to the unit; no need for costly and cumbersome external RF components. Its all-IP interface makes the GSM LiteCell easy to connect to any IP-based terrestrial or satellite backhaul. The GSM base station’s ultra-low power consumption minimizes CAPEX associated with solar panels and batteries, or OPEX in the case of diesel-powered sites.

When combined with NuRAN Wireless’ NuBSC and LiteSat, the LiteCell achieves industry-leading bandwidth optimization, thereby keeping the OPEX of satellite-ackhauled sites to an absolute minimum.

The GSM LiteCell 1.5 is NuRAN Wireless’ fourth generation of GSM base station. It builds on a track record of high reliability, with thousands of units deployed in all parts of the world, enduring the harshest conditions.

You would like more information about our products and solutions to connect your community. Contact us, our agents will be happy to answer you as soon as possible.

Thank you ! One of our sales representatives will contact you as soon as possible