Nuran Provides Update on Operations in Cameroon and DRC 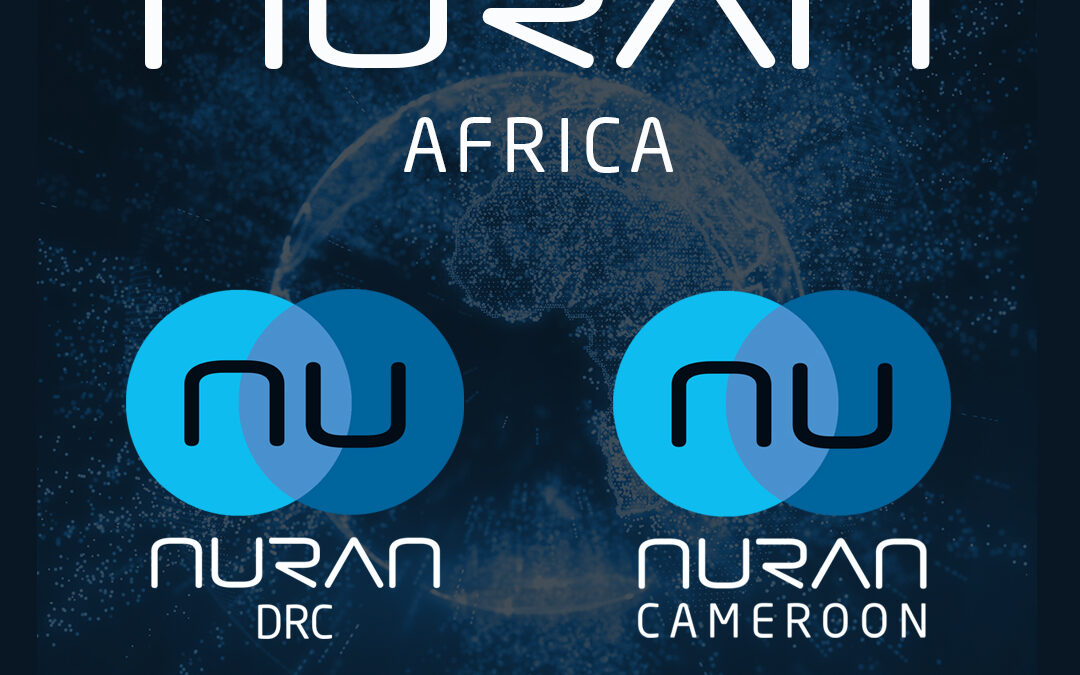 QUEBEC, QC / ACCESSWIRE / April 29, 2021 / NuRAN Wireless Inc. (“NuRAN” or the “Company”) (CSE:NUR)(OTC PINK:NRRWF)(FSE:1RN) is pleased to provide the following update on the progress of its Network as a Service (“NAAS”) contracts with Orange S.A. (ORAN) and its affiliates previously announced February 8, 2021 and March 11, 2021 for the build out of networking sites in Cameroon and Democratic Republic of the Congo (DRC). Each site consists of towers and related equipment to be installed by NuRAN with a particular focus on rural communities in Cameroon and DRC. The towers fall into one of four categories depending on population density and coverage requirements. NuRAN’s technology uses a carrier-grade GSM base station powered by solar as part of a small-footprint (3 meters x 3 meters x 15 meters tall) remote tower.

First set of 48 sites have been acquired and the procurement process has been completed. During this process we have identified significantly higher population densities than anticipated.
Delivery of all materials and networking equipment necessary to build the sites to Douala, Cameroon is expected to be completed by the end of July, 2021.
The entire 48 sites are expected to be acquired by July, 2021 and fully operational in September, 2021 at which time Nuran will start invoicing Orange Cameroon.
The second set of 74 sites have been selected. The site planning and procurement process for the 74 sites is expected to be completed in May, 2021 with delivery of materials and networking equipment in order to have the site operational and delivering revenue in December, 2021.
The site selection and site acquisition are currently ongoing for the remainder of the 242 sites.
A revised financial analysis of the initial 122 sites selected suggests a 50% gross revenue increase to approximately $3 Million (CAD) per year compared to initial projections of $2 Million (CAD) per year therefore resulting in potential gross revenue of $30 Million (CAD) over the 10-year life of the contract as opposed to $20 Million (CAD) that was initially projected. This is primarily due to increased population densities from those previously estimated. This does require higher specification equipment than was previously budgeted which is expected to increase the build costs by approximately 10-15%.
NuRAN has signed an agreement with Eutelsat (ETL.PA) for the Satellite backhaul managed services. Eutelsat has a fleet of 39 satellites serving broadcasters, video service providers, telecom operators, ISPs and government agencies operating across Europe, Africa, Asia and the Americas. Eutelsat is one of the leading operators in the commercial satellite business.
“We are very pleased have reached such an advanced stage of the development on the first 48 sites in Cameroon in such a short time. The deployment of these sites anticipated in July, 2021 will demonstrate our ability to execute on the NAAS business model and also highlight the effectiveness and profitability of this model. We believe this is a critically important step in allowing us to secure the necessary financing to complete the Cameroon and DRC roll out and position NuRAN as the leader in rural and remote connectivity operating under the NaaS service model. We are also pleased to be at the center of bringing connectivity to these regions globally where no connectivity currently exists. The ability to do remote banking, access health care information and communicate widely will translate into very significant economic and social benefits for the population of the areas we cover.” commented Francis Letourneau, CEO of NuRAN.

NuRAN is currently evaluating a list of 3,000 potential site locations.
Population densities are larger than previously expected. NuRAN has determined that the densities have increased on average by 40%.
NuRAN has presented its rollout strategy and plan to Orange.
Due to previously anticipated delays in certain electronic components, NuRAN has taken steps to source and acquire a number of components in order to mitigate its risk on potential delivery delays.
NuRAN is engaged in discussions with a number of international financial institutions on alternative financing strategies to support the rollout.
“We are working as diligently as possible to advance the financing of these contracts. Our discussions to date have been productive and are progressing with a number of parties. We are 100% focussed on achieving this important milestone for our company and our stakeholders”, commented Jim Bailey, CFO of NuRAN.

NuRAN has signed a distribution agreement with Orange to manage, market and promote the various Orange products and services once the sites are operational leading to new channels of revenue for the Company.
NuRAN is also exploring engaging third party providers to deliver their cellular charging services on the sites. The services which may be included are cellular recharging on site, battery rental to take home, connecting in home devices, and sale of accessories.
Other Recent Corporate Developments:

NuRAN continues to work on the development of its next generation product expected to be launched in June, 2021. The product will support 2G/3G/4G migration allowing the company to position itself for broadband services and addressing the market demand for Asia Pacific and Latin America. The product is expected to enable NuRAN’s clients to upgrade the technology remotely while greatly reducing commissioning costs.
The Company is growing its management team to support its growing demand for NaaS across Africa.
NuRAN is currently in either proposal stage or negotiation stage with other major MNO (Mobile Network Operators) in Africa for potential multi-country projects.
NuRAN is also participating in a major RFP (Request for Proposal) with Orange for an additional 4 countries. News of these developments will be communicated as soon as they are material.
About NuRAN Wireless

This news release contains forward-looking statements. Forward-looking statements can be identified by the use of words such as, “expects”, “is expected”, “anticipates”, “intends”, “believes”, or variations of such words and phrases or state that certain actions, events or results “may” or “will” be taken, occur or be achieved. Forward-looking statements include those relating to the Company’s NAAS agreements and the Company’s proposed build out of network sites, NuRAN’s ability to obtain project financing in relation to same, the delivery of equipment relating to the sites, statements relating to the RFP process with Orange and other MNOs, engagement of providers for the provision of cellular charging services for the sites and the development of next generation products on 2G/3G/4G. Forward-looking statements are not a guarantee of future performance and are subject to risks and uncertainties that could cause actual results to differ materially from the results projected, expressed or implied by these forward looking statements. Although the Company has attempted to identify important factors that could cause actual results to differ materially from those contained in forward-looking information, there may be other factors that cause results not to be as anticipated, estimated or intended. There can be no assurance that such information will prove to be accurate, as actual results and future events could differ materially from those anticipated in such statements, such as the uncertainties regarding include risks such as the uncertainties regarding the impact of the COVID-19 outbreak, and measures to prevent its spread, risks relating to NuRAN’s business and the economy generally; NuRAN’s ability to adequately restructure its operations with respect to its new model of NAAS service contracts; the capacity of the Company to deliver in a technical capacity and to import inventory to Africa at a reasonable cost; NuRAN’s ability to obtain project financing for the proposed site build out under its NAAS agreements with Orange and other telecommunication providers, the loss of one or more significant suppliers or a reduction in significant volume from such suppliers; NuRAN’s ability to meet or exceed customers’ demand and expectations; significant current competition and the introduction of new competitors or other disruptive entrants in the Company’s industry; NuRAN’s ability to retain key employees and protect its intellectual property; compliance with local laws and regulations and ability to obtain all required permits for our operations, access to the credit and capital markets, changes in applicable telecommunications laws or regulations or changes in license and regulatory fees, downturns in customers’ business cycles; and insurance prices and insurance coverage availability, the Company’s ability to effectively maintain or update information and technology systems; our ability to implement and maintain measures to protect against cyberattacks and comply with applicable privacy and data security requirements; the Company’s ability to successfully implement its business strategies or realize expected cost savings and revenue enhancements; business development activities, including acquisitions and integration of acquired businesses; the Company’s expansion into markets outside of Canada and the operational, competitive and regulatory risks facing the Company’s non-Canadian based operations. Accordingly, readers should not place undue reliance on forward looking information. Other factors which could materially affect such forward-looking information are described in the risk factors in the Company’s most recent annual management’s discussion and analysis that is available on the Company’s profile on SEDAR at www.sedar.com.

The estimates included in this news release relating to the calculation of the gross revenue of the agreements with Orange are based on multiplying an average population per site by the expected penetration rate which yields the number of mobile customers. This is then multiplied by the average revenue per customer per month (ARPU) to derive total revenue. Orange’s direct costs associated with this revenue are deducted and the resulting amount is shared by both parties. The revenue share only applies to revenue in excess of a guaranteed amount which is the minimum paid to NuRAN. A penetration rate reduction factor has been used to mitigate risk. The base data used to calculate the total potential revenue of this agreement was provided by Orange based on average population, penetration rate and ARPU. Management of the Company believes that the estimates have been prepared on a reasonable basis, reflecting best estimates and judgments, and based on a number of assumptions management believes are reasonable as well as information provided to the Company by Orange. However, because this information is highly subjective and subject to numerous risks, including the risks discussed above, it should not be relied on as necessarily indicative of future results. Should one or more of these risks or uncertainties materialize, or should assumptions underlying the estimates prove incorrect, actual results may vary materially from those described herein as intended, planned, anticipated, believed, estimated or expected.