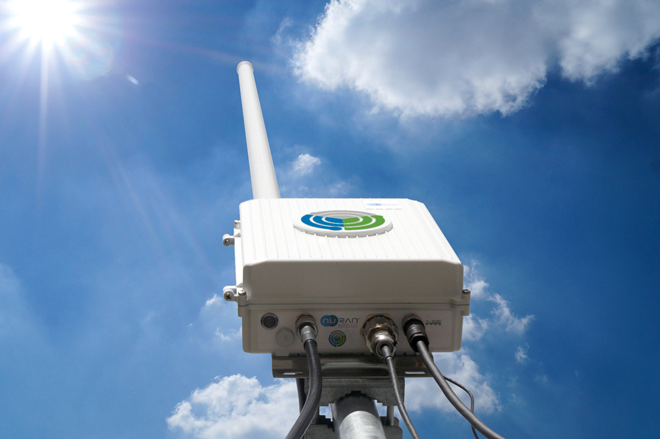 Quebec, QC, Canada, and Nairobi, Kenya, June 21st, 2017 – NuRAN Wireless Inc. (“NuRAN Wireless” or the “Company”) (CSE: NUR) (OTC: NRRWF), a leading supplier of mobile and broadband wireless solutions to connect the next billion, announced the official introduction of OC-2G at the 2nd OpenCellular Workshop in Nairobi, Kenya. The OC-2G is the third product to emerge from the Facebook lead Telecom Infra Project (“TIP”) initiative since its formation at the Mobile World Congress in 2016. Previously, NuRAN had announced being selected as Original Equipment Manufacturer and Distributor of the OC-SDR product, the first product to emerge from TIP, and the OC-LTE, a 4G basestation currently being designed by NuRAN with Cavium and Keysight and with expected trial units to be available during the third quarter of the year.

The 2nd OpenCellular Workshop was held on June 19-20 in Nairobi, Kenya and brought together members of the TIP workgroup with the clear objective of connecting the many communities around the world that do not have cellular connectivity and currently estimated to represent at least 1 Billion people.

NuRAN presented the details of OC-2G to the TIP members. OC-2G is a carrier-grade basestation which brings voice and data connectivity profitably to even the smallest of communities. This product is entirely designed and developed by NuRAN and benefits from the Company’s extensive expertise in mobile infrastructure design.

OC-2G will be integrated with NuRAN’s proprietary software stack and NuRAN’s basestation controller in order to form a complete radio access network (RAN) solution for carriers looking to expand their footprint to communities of 400 to 1,500 inhabitants. The hardware design of the system will be made available to the Telecom Infra Project (TIP) OpenCellular group, an organization that aims to democratize the access to mobile connectivity in remote areas through the development of open source and low-cost wireless access platforms. Members of the OpenCellular group include Facebook, Cavium, Keysight, Cisco, Telefonica, Intel and Nokia to name a few.

The OC-2G basestation is a distinct and complementary product to the OC-SDR as it addresses smaller aggregations of population than OC-SDR. The OC-SDR is a flexible software-defined radio which was unveiled during the Telecom Infra Project (TIP) Summit held on November 1-2, 2016 and for which trial units are expected to be delivered to early adopters in the coming month.

The OC-2G basestation is also a complementary product offering to NuRAN’s LiteCell 1.5, which targets communities of 1500- 20,000 inhabitants. These new product offerings will provide Nuran with new revenue streams and further expand NuRAN’s ever increasing footprint throughout the world. NuRAN plans to deliver pre-productions units of OC-2G in August 2017 and production platforms are scheduled to be available in October 2017.

“We are extremely excited to be working with our partners in the Telecom Infra Project initiative in a synergistic and complementary fashion. The OpenCellular project group’s focus is to address the growing and pressing need of connecting everyone everywhere and leaving nobody behind. By sharing our expertise established over the past 25 years, the OpenCellular project group is developing products which address the many needs for the world’s unconnected. These new products are very complementary to our own LiteRAN 1.5 and further allow us to expand our reach by addressing market needs which may have otherwise been overlooked. With 3 distinct and important products expected to be available throughout the balance of 2017, NuRAN is extremely well positioned to be the partner of choice for rural and remote cellular connectivity worldwide. ” states Martin Bedard, Co-CEO of NuRAN Wireless.